This is the story of Lynn Brooks, founder of Big Apple Greeter, the very first Greeter destination ever.

Born and raised in the early 1900’s Lynn lived her life in New York where she – unfortunately – passed away in 2013. 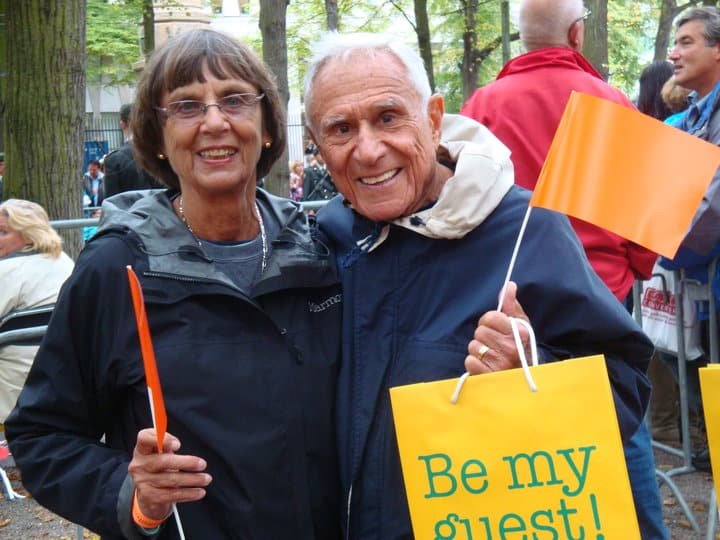 One year before she attended the Global Meeting of Greeter destinations in Brussels. Listen to how she explains the Greeter idea:

Lynn has always loved her city. Of course she was well aware New York faced some bad times, especially at the end of the last century. However, she decided to change this image and change the world, “even if it is a little bit,” she used to say.

That is why she came up with Greeters and the idea was as simple as brilliant:
“I want other people to understand New York the way I do. I want them to experience the city the way I do. And all I need to do is invite visitors to spend some time with me or any inhabitant of New York – to show them the hidden and beautiful life in this city. We will show them the deli where we get our sweets, tell them about the nice music events in smaller theatres, tell them how to get around, tell them about our lives.”

From idea to reality

Lynn started to talk about the idea with friends and people that might be willing to support her. That is how Lynn Brooks started Big Apple Greeter 1992.
Local press picked up her story, as did national press. Through them visitors got inspired by what they experienced and some started their own Greeter organization. So Lynn and her staff organized a meeting in 2005, inviting all Greeters organizations around the world – thus they started the Global Greeter Network (which later became the International Greeter Association).

A Story of Success

In 2002, ten years after Lynn started Big Apple Greeters, there were five destination worldwide, in 2010 there were around 25, in 2015 we were more then 100 and more than 120 today!
This shows: the concept proves to touch people all over the world, that is why we expect the number of Greeter destination will rapidly expand in the years ahead.

Why don’t you do the first step to start a Greeter organization in your place? We are happy to help!